Georgian cuisine has a lot of advantages, for example, khachapuri. Khachapuri is not a specific recipe, it is a large and great group of Georgian pies of varying degrees of complexity and richness. Eat with beans – this is lobiani. There is in the form of a boat with an egg in the middle – this is Adjarian, the most famous. There is a modest one with cheese filling – this is Imereti. There is a simple one in the form of a puff pastry envelope, which is convenient to eat somewhere on a walk – this is foam, which is classified as student food. And so on.

We decided to take a deep dive into all the differences by talking to Tamaz Oragvelidze, head of the Georgian bakery Tsomi. This guide does not contain author’s khachapuri, which can sometimes be found in a particular restaurant, only folk samples, with the exception of two that have appeared recently, but are rapidly gaining momentum – Adjarian khachapuri without dough and khachapuri on a skewer. 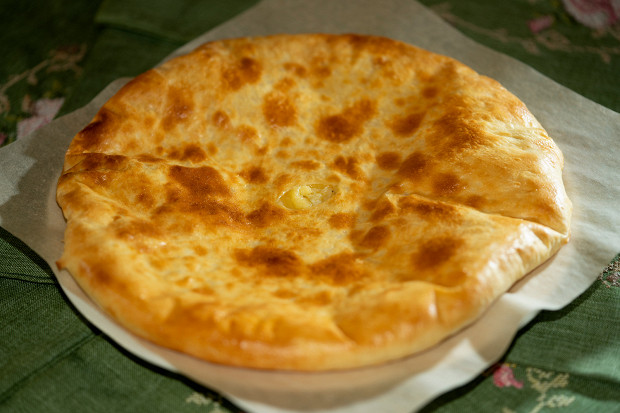 “This khachapuri comes from the Imereti region of Georgia. The Imeretians prepare it by packing the cheese inside. Round cake, the filling is laid out in the middle and closed. Previously, such khachapuri was cooked in ketsi, and it was several times tastier than what we have today. But today, at home, you can also cook in a pan, frying khachapuri on both sides. The filling in such khachapuri is made from two types of traditional Georgian cheeses: Suluguni and Imereti. I won’t name clear proportions of cheese, in Georgia they often cook according to the principle “I blinded you from what was”. What is at hand is used. Oil is not added to such khachapuri, the cheese is already fatty. The dough is prepared with milk, but if you want, you can also use matsoni.” 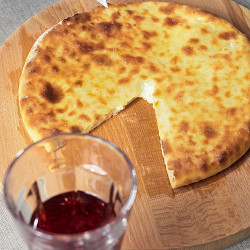 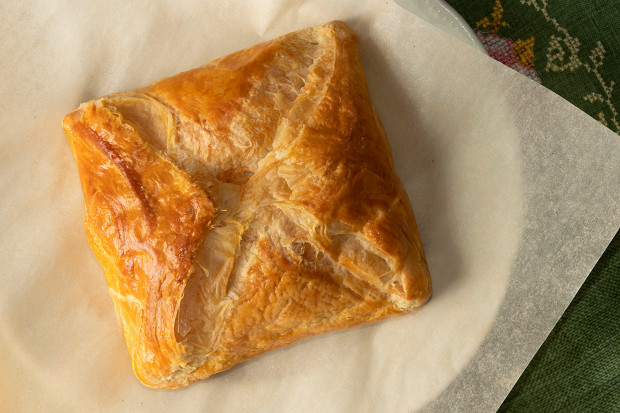 “The simplest puff pastry khachapuri. This is a small square envelope with cheese, this is usually sold in the markets, and just on the street – student food. Cheap good food.” 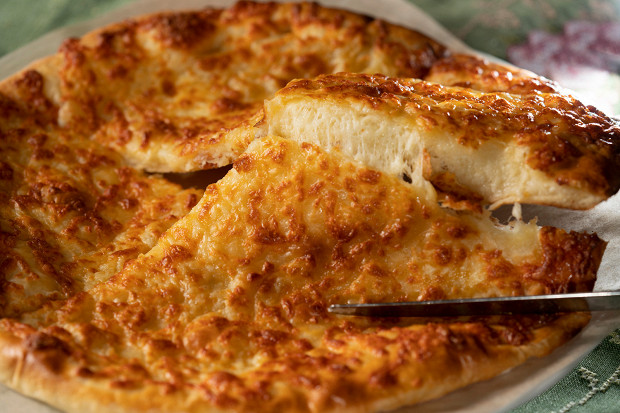 “There is a comic legend – Mingrelians saw Imeretian khachapuri and thought:“ We need it too! ”So they came up with this option with cheese on top – richer. In addition to cheese, which covers the surface of khachapuri, everything else is exactly the same as in Imereti. Mingrelians are a rich people, and their khachapuri is just as rich. Sometimes, on holidays, it is sprinkled not just with cheese, but with smoked suluguni. It turns out very tasty. Well, about this pie, you need to understand that because of the abundance of cheese, it is more high-calorie and more satisfying. 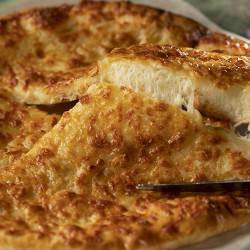 “Adzharia has access to the sea, so the Adjarians decided to make their khachapuri in the shape of a boat. And the yolk in this khachapuri is the sun. A piece of butter is always attached to the yolk and cheese that make up the open filling of this khachapuri – so the filling will become softer. “Lobio saved Georgians from death in times of famine – hearty and simple food. Once the Georgians guessed to put traditional bean lobio in bread – this is how lobiani turned out. Cheese is not put in this khachapuri, this dish may well be lean. It is mainly prepared in the Racha region.” Khachapuri with spinach and cheese 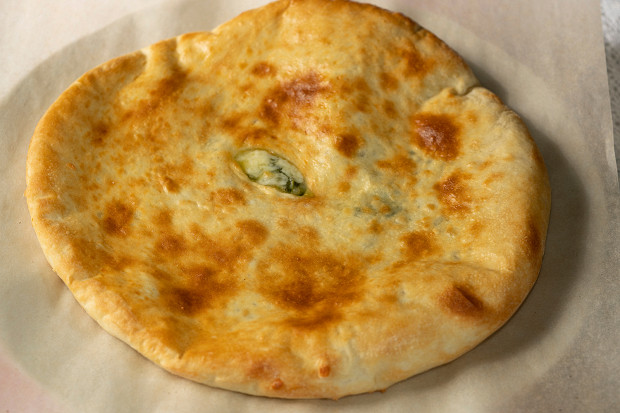 “A common type of khachapuri, it is good because during fasting it can be easily prepared without cheese. Knead the dough in water, and add vegetable oil and all sorts of seasonings to the filling. When there is no fasting, suluguni cheese is added to spinach – a very tasty combination.

Lean khachapuri with spinach and herbs 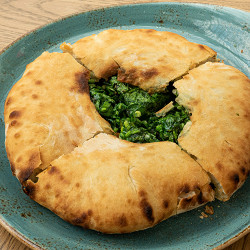 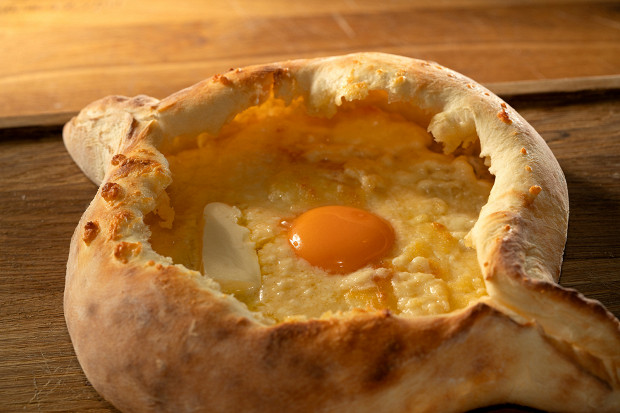 “When diets came into fashion, in Tbilisi they guessed from the almost ready Adjarian khachapuri to pull out the dough, which is located on the sides – under the sides of the boat. Due to this, khachapuri has a beautiful airy crispy crust, and the cake itself is much lighter. There is no special recipe here – you just scoop out everything that is hidden under the crust with a spoon. 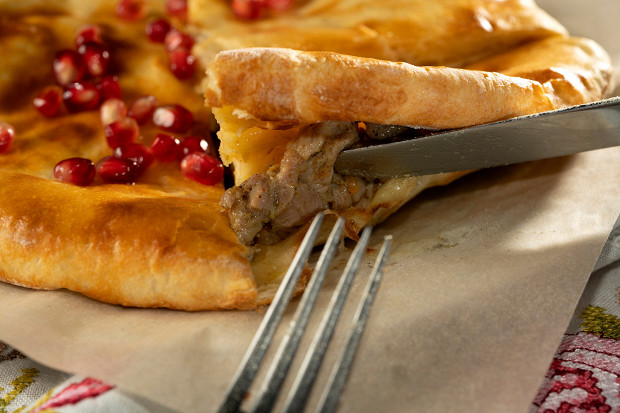 “Meat hearty khachapuri, which is common in Svaneti. Insanely beautiful region, tower-shaped houses, delicious food. In Svaneti, the production of cheeses is slightly less developed. There are mountains, livestock, so the stuffing is meat. Seasoning utskho-suneli, garlic and Svan salt are added to the meat. Meat – beef and veal – for the filling is cut finely and finely and put it in the pie raw. Why, when frying in khachapuri, delicious meat juice is a little collected. Dough for kubdari is often made without milk.” Khachapuri on a skewer “He doesn’t have a big history. Our grandparents didn’t cook like that, it’s like artificial, out of tradition. Put suluguni on a skewer and wrap it in thin puff pastry. Eat it deliciously with satsivi sauce.” 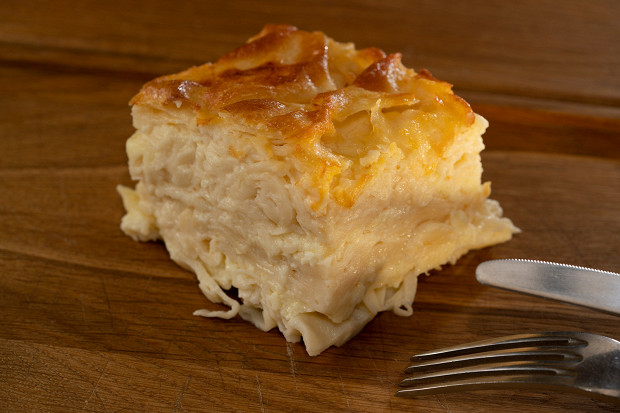 “This is a whole art. The yeast-free dough is divided into small balls. Then each ball is rolled thinly and thinly and boiled. Two balls must be left raw, this will be the top and bottom layer of the pie. Then khachapuri needs to be assembled like a cake. A layer of dough, a layer of grated cheese – again, Suluguni and Imereti, or you can have one. Layers seven or eight will be enough, but we bring it up to ten in the restaurant.

Achma with suluguni and Imeretian cheese 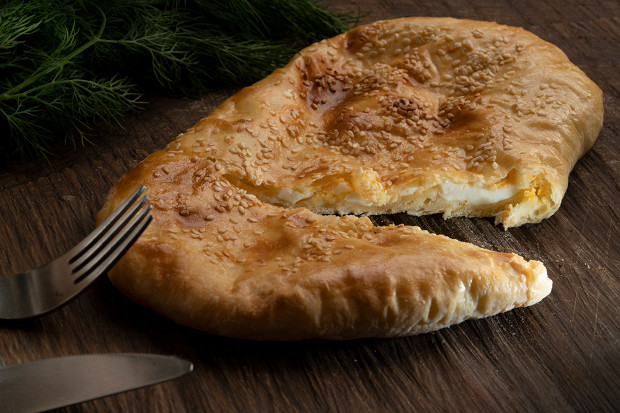 “Traditional Christmas khachapuri, often shaped like a crescent moon. In addition to the Imereti cheese, boiled eggs are also added to the filling.

No comments to show.

You may have missed

July 30, 2022
Faced with criticism, Instagram looks back on its recent changes

Faced with criticism, Instagram looks back on its recent changes

July 30, 2022
REDMAGIC 7S Pro review: what is the most affordable high-end gaming smartphone worth?

REDMAGIC 7S Pro review: what is the most affordable high-end gaming smartphone worth?

July 30, 2022
The Xiaomi S1 connected watch is getting a nice discount

The Xiaomi S1 connected watch is getting a nice discount